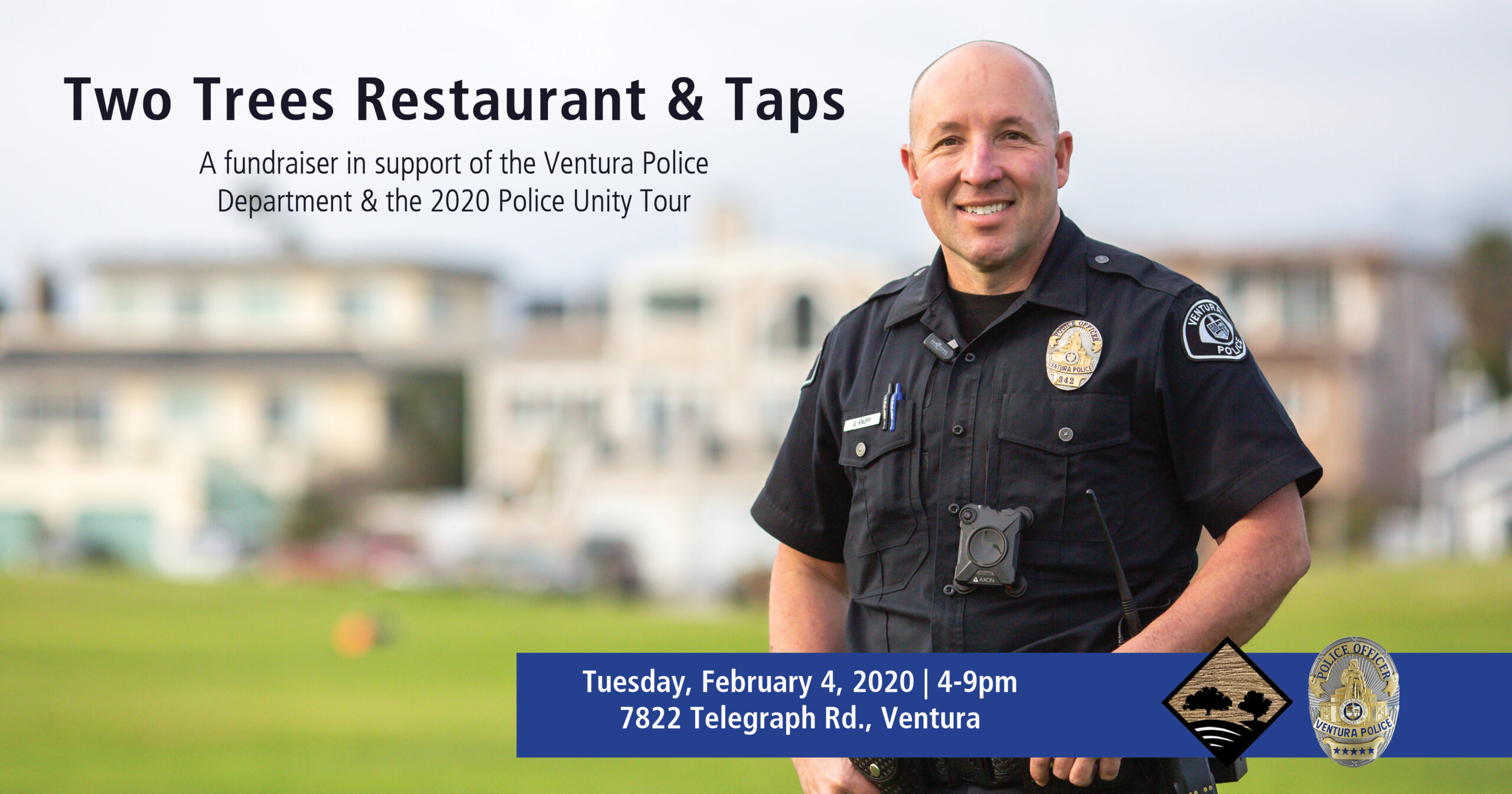 Please join us on Tuesday, January 21, 2020 at Finney's Crafthouse on Main Street in Ventura for a fundraiser in support of the Ventura Police Department and the Police Unity Tour.

On May 10, 2020, Corporal Sutherland and Officers Kofman, Bevan, Knupp, and Reginato will join more than 2500 law enforcement officers from throughout the country who will bicycle along varying routes, each NEARLY 300 MILES, to the National Law Enforcement Officers Memorial in Washington DC. This year, the Police Unity Tour – Southern California Chapter will have over 400 police officers representing the California Highway Patrol, Los Angeles County Sheriff’s Department and police departments from Alhambra, Beverly Hills, Burbank, Los Angeles, Palos Verdes Estates, Pasadena and Ventura.

Please join us on Tuesday, February 4, 2020 at Two Trees Restaurant and Taps on Telegraph Road in Ventura for a fundraiser in support of the Ventura Police Department and the Police Unity Tour.

The primary purpose of the Police Unity Tour is to raise awareness about the police officers that have died in the line of duty.  The secondary purpose is to raise funds for the National Law Enforcement Officers Memorial Fund. Since its’ inception in 1997, the Police Unity Tour has raised over $23 million to support the Memorial. It is because of your incredible level of support and financial contributions that we will be able to participate in the 2020 Police Unity Tour and ensure that the heroes who made the ultimate sacrifice are not forgotten.